In the Diary of the latest LRB (which I won’t link to because access is subscriber-only), Barbara Graziosi describes how her husband (who “does not read anything much AD”) learns dead languages:

a quick read through the grammar … then hours and hours and days and months and years reading through the extant texts, muttering phrases while making tea or walking to work … an immersion in the ancient language, until you get the jokes. The past did not seem a matter of covering ground, but of finding some ground, in the first place, on which to stand.

This is different from learning modern languages (those regularly encountered) which are in a sense not really foreign at all, to the extent that we share a global culture. Getting under the skin of the ancient Hittites or Hebrews is another matter, calling for patient mulling and pondering. The fascination and reward lies in the very difficulty and difference overcome through bridging such a vertiginous chasm cutting across the continuum of human experience. Translation is useless. Just before the above passage, Graziosi quotes W.G. Sebald on another gifted language learner whose method involves “making certain adjustments to his inner self”. That still seems to me an essential part of a full education, as was generally the case till quite recently. As one territory is abandoned others may open up; but I’m glad someone still gets the marginal jokes of Sumerian accountants.

It’s perhaps worth emphasising that the shared culture is not the product of TV and internet, but colonialism and Latin. Europe spoke many vernaculars but shared a classical culture, and that is what makes French or German, in literate mode, feel more akin to dialects or even modes of style than languages — not their much more distant common Indoeuropean origin. Our ancestors were terrorised by the same Roman soldiers.

That reminds me of a scene in Life of Brian where John Cleese makes an insurgent graffitist correct the grammar of his call for the Romans to go home — which should of course be “Romani ite domum”.

I just visited my Facebook account for the first time in some while and remembered the sour taste. A Palo Alto company’s misappropriation of the language of friendship and even liking has produced a newspeak that is no less hideous for knowing it’s just their game. Why don’t they say “Facebook friend” instead of “friend”? This elision of the proprietary element betrays the real nastiness beneath as much as the dinky-toy feel of the language when so castrated. The infantilisation is fascism in ovo. And who knows what use this technology may be put to in ten tor twenty years’ time — an age in the world of computing?

I didn’t know the origin of the name “Facebook”. The service was first made available only to Harvard undergraduates, then expanded in waves to include progressively less upmarket universities and beyond. Freshmen in the US apparently receive an actual book of photos and mini-bios to help them find their social feet — the “facebook”. I suppose it’s one way of deciding who to go to the student bar and have a pint with.

I was also suprised to discover that I got married in 2008. The assumption is that Facebook enjoys a central place in its users’ lives, and they will document them there in a timely fashion. Facebook becomes a projection of the social self, virtually outsourced. If users start out at a Jesuitical seven (probably common enough), the psyche will be transformed. That needn’t be a bad thing, but if man’s psychic prostheses are to be in the hands of corporations (or any other centralised organisation that might come to take their place), we may wonder whose interests will then be served. An example in Brazil is the “Currículo Lattes”, which no doubt started life as an attractive way for academics to parade their intellectual credentials online. It has long since become an obligatory form of self-monitoring and bureaucratic quantification of what should not be quantifiable, therefore (to put it neutrally) changing the nature of what passes for professional intellectual activity. The Potëmkin village is Airstrip One.

Les invasions normandes — une catastrophe? is one of a handful of books owing their place on my shelf to the title. To English ears, the Norman Conquest was something the French did to the English, and it seems amusing to think some French author might view that venture as having been on balance harmful to French interests. Another such was on the wedding of Diana and Charles by Josy Argy and Wendy Riches, for the surnames of the authors (remembering that the Falklands War had recently taken place). A third is Schlangen, wie ich sie sah, a fine book for boys whose title could only be translated as “Snakes as I have seen them”.

The Normans may have spoken fluent French by the time they bested King Alfred at the Battle of Hastings, but not long before, they arrived in France as uncouth Germanic barbarians. China and Greece are two examples of civilisations that quickly achieved cultural dominion over their conquerors. Les invasions normandes … is of course about what France suffered (or not) rather than what France did to England. It is representative of a tendency in twentieth-century historiography exemplified in the case of the greatest cataclysm of them all, the fall of the Roman Empire, by Peter Brown, a specialist in late antiquity. Perhaps much continued largely unchanged for many in some places, or perhaps most of the contraction had already occurred under the late emperors. At some point, the aqueducts ceased to flow, the baths and theatres were converted to rubbish tips, the corn shipments stopped; on the other hand, the new rulers were or became Christian, and monks still cultivated Latin, carrying much of classical civilisation with them under their unwashed robes. That culture was always the preserve of an elite, and continued to be so.

Like the collapse of homeostasis I posted about recently, the death of a civilisation is full of contingency, so it is difficult to say — related questions — what were its causes, where the loss hurt most (baths, annona or letters?), or to whom it made a difference, let alone when it overarchingly occurred. For that reason, it is more plausible than it might immediately appear to suppose that we are currently passing through such a transition — whoever “we” are — one that may soon become as immediately unpleasant in certain more sheltered parts of the world as it already is in some others. Smartphone, schmartphone.

Aristotle’s categories are something like the possible constituent parts of propositions; for instance Substance is a thing, and a Quality is something attributed to it, as in “Socrates is mortal”. The Greek word “category” was later used to refer to the “parts of speech”, and that is an illuminating though limited analogy. Aristotle does not say how he derived his categories, or show that all and only those ten fit the bill; but the notion that there are such propositional atoms is seductive. Maybe the metaphysical temptation is diabolical. Kant offered a “transcendental deduction” of the categories in the first Critique, that is, he attempted to demonstrate their legitimacy and necessity of one list, supposing there were to be categories.

Could the idea be extended to social relations? For instance, instead of necessity, possibility, and whatever their negative triplet is — obligation, permission, prohibition? The individual, the collective, others (as seen in Unix file permissions)? Agency and structure? Thinking about it like that, it’s a fairly short step to the system of Talcott Parsons; but just as I have avoided simply transferring Aristotle’s list to the social dimension, the ideal would be to regard existing sociological theory as provisional and suspicious.

This is a separate venture from social psychology, just as Kant’s system is not meant to be a description of specifically human perceptual and conceptual apparatus (“… not how people actually think, but how they should think” KrV A ???). For instance, it seems plausible to regard the in-group and the out-group as basic, with the individual a late addition perhaps introjected from the individual other — larger-than-life characters such as Alcibiades, who would be oriental despots if they could. Yet the individual clearly has a place within the range of possibilities, even if he is as yet only envisaged as a god.

I’ll return to this post with links and the above reference, but most of the former will be from the Stanford Encyclopedia of Philosophy. 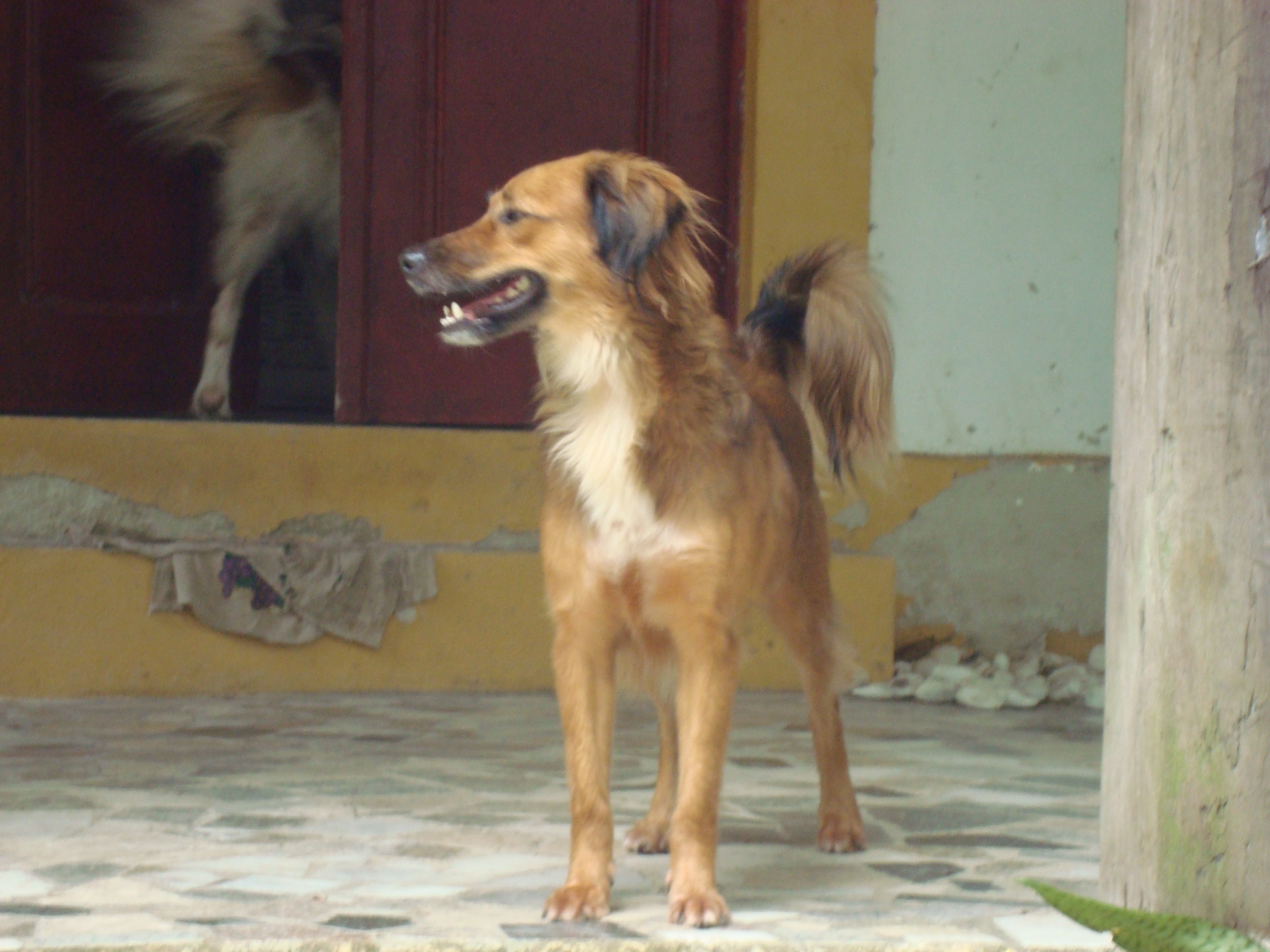 My dog Mel died this morning after a week-long descent. For most of that week walks with her companion, Poppy, have been one-dog affairs, and today the lack felt desolate. Till last night there remained the prospect of a rally, a sustainable improvement. I sit here writing with Poppy alone at my feet. She is sad, though I don’t know if that is because she understands what has happened or whether it is a reflection of the mood in the house. Mel sometimes used not to come when called for her walk, but would then scamper to the door at the last minute — delighting in her game. Last night she was briefly pleased to see me when I came to fiddle with her drip or inject her, and that was the last moment spare for sociability. The rest was suffering, though I believe she was glad not to be alone in her agony.

The process of homeostatic disentegration always ends with an accident; it is a straw that breaks the camel’s back. Hope of recovery only ended after her suffering became indecent. The right intervention might still just have given her both quality of life and better prospects, and was only prevented by a logistical failure: her drip stopped working and couldn’t be fixed at that hour except by taking her to a veterinary clinic where she would probably have perished anyway, alone in a metal cage. She stopped breathing the following morning a few minutes after I injected her with the prescribed opioid analgesic. During the night I considered giving her an overdose, but less was enough. She died unobserved amidst phone calls to vets, after a night at our side.

I cannot stop seeing her frolicking in my mind’s eye.